Anyone who has had the misfortune of an extended hospital stay knows that the nursing staff can either make your visit as comfortable as possible – or a living hell on Earth.

Below are just a few pleasant – and some not so pleasant – experiences I’ve had:

For every rude, miserable and mean nurse, there are at least 50 wonderful and amazing ones.  If you are employed in the healthcare industry, you must remember that most patients are there because they are SICK.  If you are frustrated with another patient/a co worker/something in general, etc.  please don’t take it out on your other patients.  Most of the time they feel like they are a burden to begin with, and snarky attitudes further add to that feeling.

To the countless nurses I have had that were amazing and friendly, I give you a huge thank you!  Being in the hospital was not a pleasant experience, but thank you for trying to make it the best for me – and for all your other patients.  You really have no idea how much of an impact on a life a smile, friendly attitude and little patience can have. 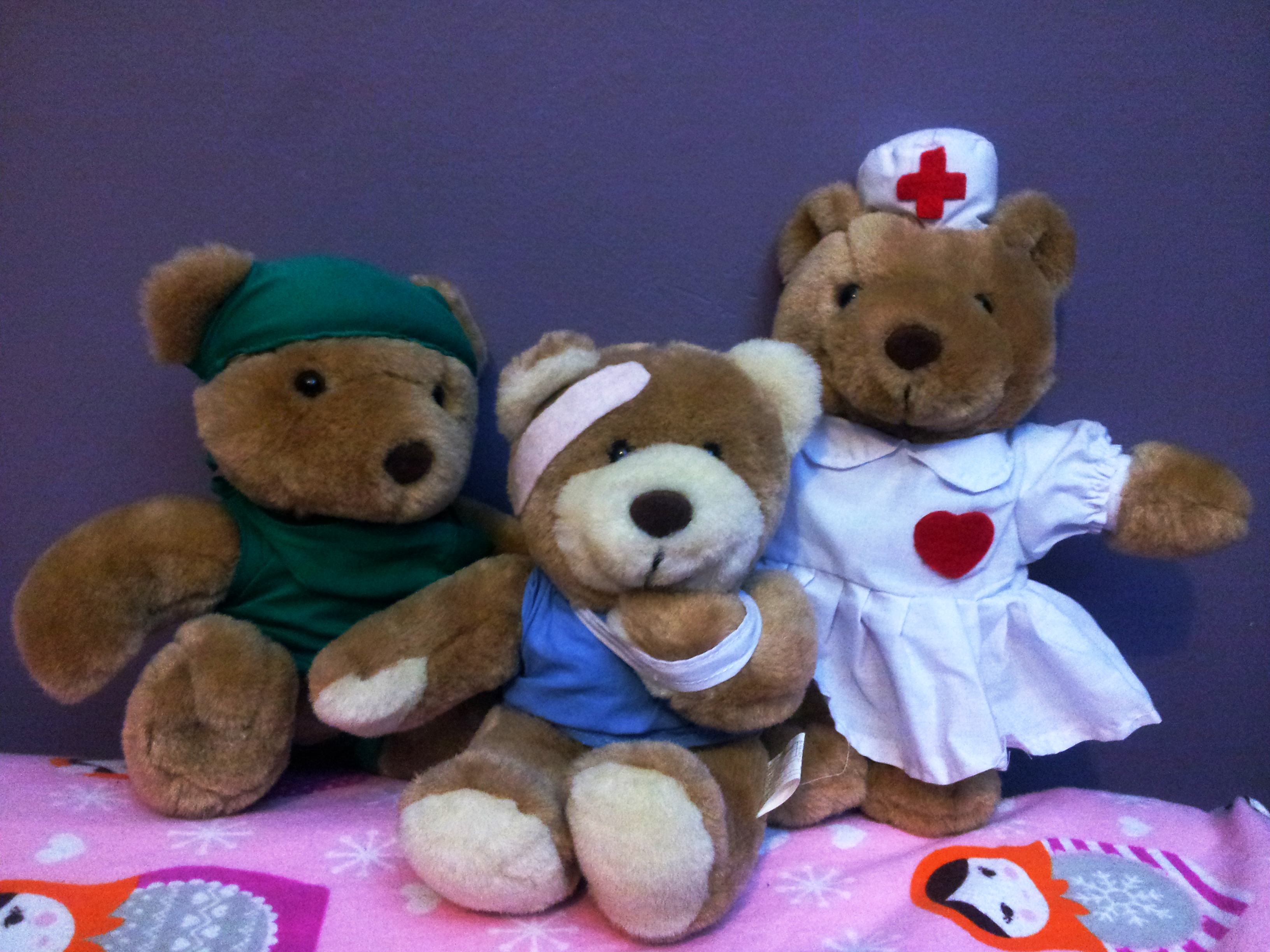 My set of hospital bears that were gifted to me during one of my extended visits. 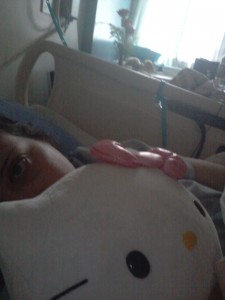 Finding comfort with Hello Kitty while in the hospital.